Please enter a query below to search through the current blog posts.

Are Hyphens in Domain Names OK 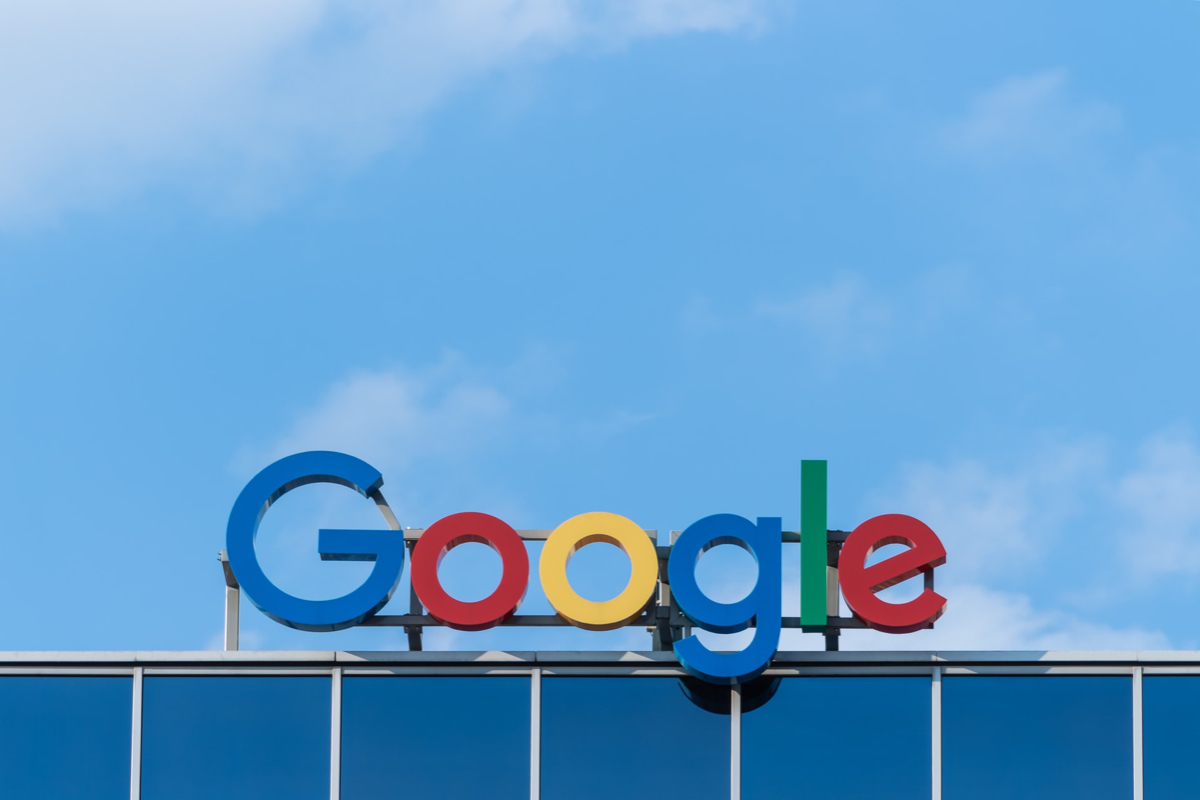 Does Having a Hyphen/Dash in Your Domain Hurt SEO?

SEO is a complex process with dozens of aspects to consider. We all want our websites to bring in many visitors and to rank highly on search engines. Many factors matter when it comes to the quality of your site's SEO. Both hyphens and dashes in your domain name are important to think about, but can they impact your SEO? In this article, we will discuss dashes and underscores and other elements that contribute to the success of your SEO.

What does Google Say?

With anything SEO related, it's good practice to read any news and documentation from or close to the source, which in most cases is Google. Unfortunately, Google is not very open when it comes to the inner workings of its SEO systems. They do not have a guide or provide public advice related to SEO.

The company prefers to keep documentation pages and customer support for mainly technical implementations and problems. Matt Cutts, the former head of Google’s webspam team, was the closest official resource available on this topic before his resignation at the end of 2016. For many years prior, he would post high-value information about Google's infrastructure and algorithms on his website and YouTube. Much of this information is still used by SEO professionals today. Since his departure, there hasn't been anyone else to step in and take on his role as a provider of useful SEO information. 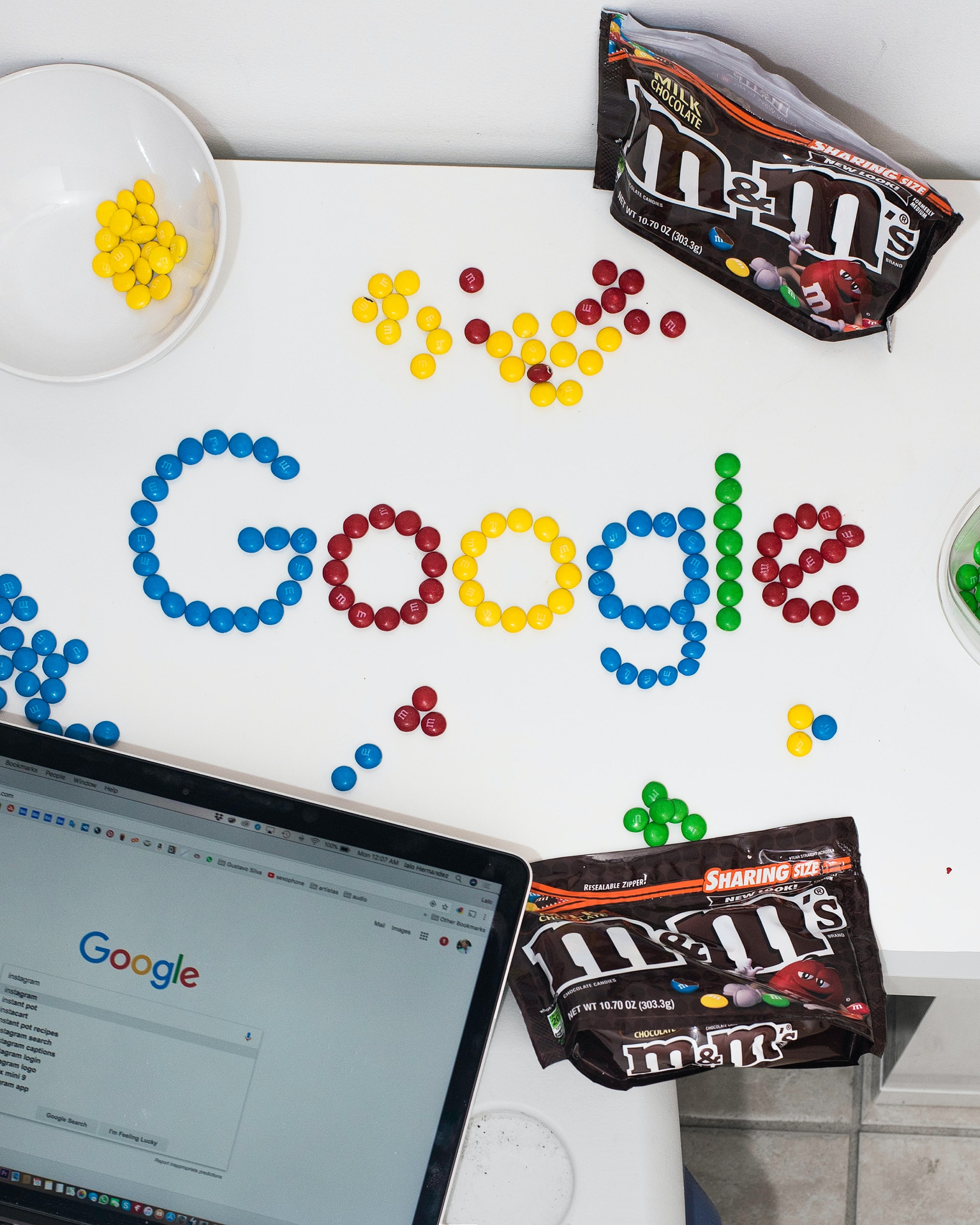 Occasionally, Google will post free blog articles or videos about their service, but nothing matches what we previously had. A post in 2005, written by Matt Cutts, discusses dashes and underscores in domain names. Such an old post may seem like it wouldn't represent current SEO systems. However, we don't have a lot to go off. Additionally, there has been no clear indications that using a hyphen or dash has caused problems - there is a lack of spam or abuse related to them. Hence, it is unlikely there have been any policy changes. Originally, search engines couldn't parse punctuation at all. Once Google was able to parse basic punctuation, it became a valuable tool for many.

The main quote to take away from the 2005 post is as follows: "To answer a common question, Google doesn’t algorithmically penalize for dashes in the URL". This answers the question of a dash in a URL, so if your website uses a dash or two, you're probably safe. However, misusing hyphens as part of spammy keyword-rich domains have their own set of problems and could lead to a penalty.

Uses of Dashes and Underscores

The purpose of dashes and underscores for humans is to make text (where spaces are disallowed) more readable. For example, One_two_three or One-two-three is much more readable than Onetwothree. Computers do not use these characters for the same reasons as us. A computer would read an underscore as a concatenation signifier, meaning it would read the text as if it were missing the underscore. This is unintended as the computer would no longer process the words individually, so it will not identify the keywords included in your URL. Computers often read hyphens as spacers, which will properly separate the words for processing. Google’s web crawlers can process hyphens in domain names and URLs. Underscores should only be used in URLs and not domains, as per the RFC authority rules. However, you can generally get away with using underscores in subdomains.

The Case for Hyphens

May may want to make sure your domain passes the radio test. The test exists to ensure that a domain name is easy to communicate. Let's say you're a local business. You'll likely follow the "place-industry" or ''place-product" model. You would likely benefit from separating the two words, especially if you are advertising. By separating the area and the product with one hyphen, your domain name address may be easier to read for someone who sees an advertisement on a billboard or in a newspaper at a glance or from a distance. As it is easier to read, it will also make your domain name more memorable. You may also want to add a hyphen to separate words, so they aren't mistaken for one long word. Some words in your domain may normally be hyphenated. An example of this is "High-quality". In this case, you may want to add a hyphen in your domain name so that your customers don't have to remember a normally hyphenated word or phrase is non-hyphenated for your website. In certain languages, such as German, adding two words without a space between them can create a new word with a different meaning, so hyphenated domains are relatively common in that country. If you operate a global business with many domains, or your business is in a country that handles words in this way, you should consider using hyphens. 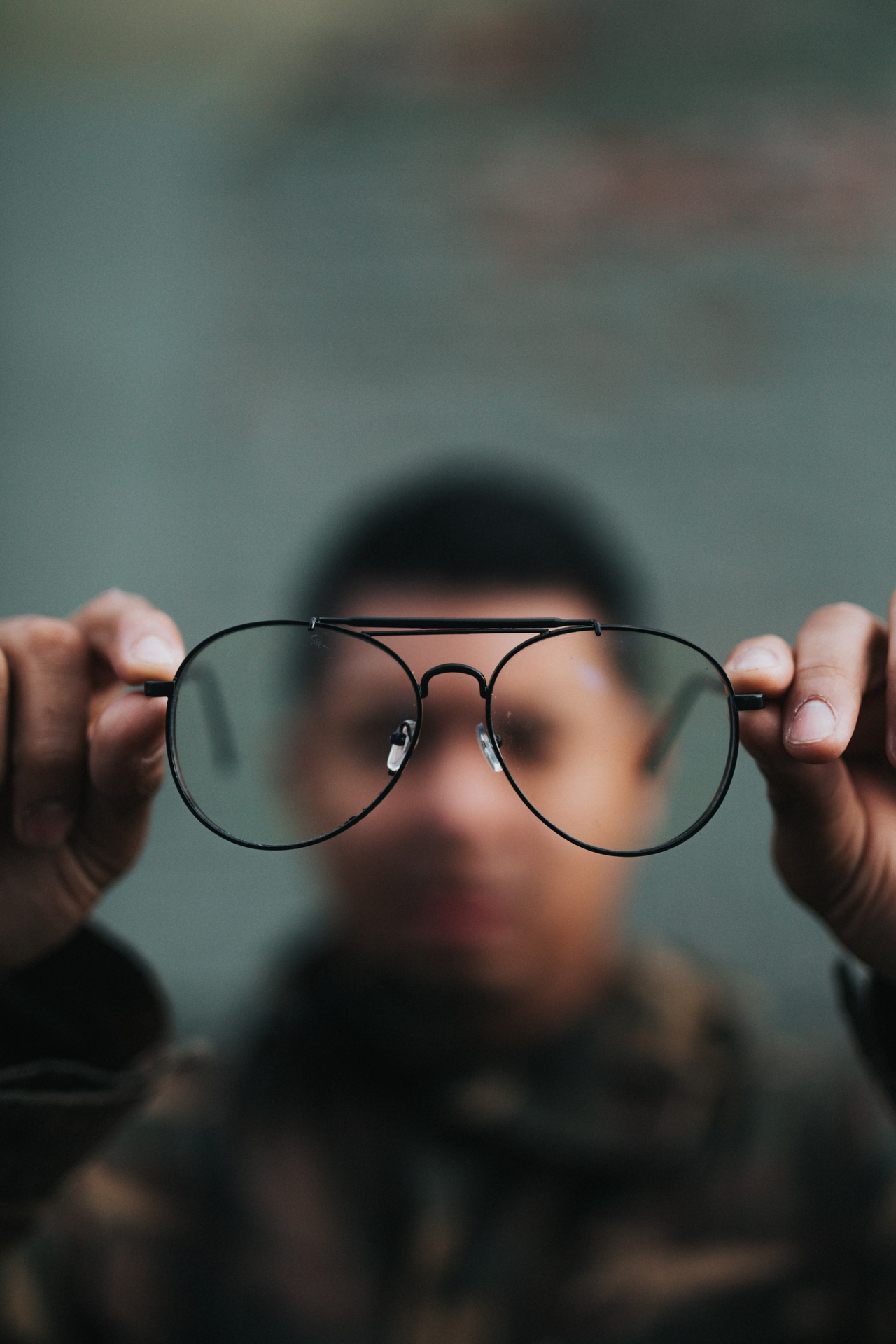 Sometimes, a domain name you might want could already be taken, but a hyphenated version might not be. This could be an excellent opportunity to compromise and avoid switching names or buying the more expensive, already taken one. Be careful though, purchasing a domain that is identical to another outside of the hyphens could have a negative effect on your business and cause you issues. People may believe you're trying to divert traffic and steal users from another business. Additionally, someone interested in your business may forget or misspell your domain and end up on your competitor's site without knowing. When people spread your business information through word of mouth, they may forget to mention the hyphen. If a hyphenless version of a domain you want is already taken, you should check if the website is currently in use. If it's not, you'll run into fewer problems by using your domain.

In some cases, it might seem suitable for your business to purchase a shorter version of your domain name that uses hyphens. For example, if your business had a two-word name, you could buy a domain such as L-T.tld and have that redirect to your main website and domain. This shorter domain could be useful as a link shortener as part of your website. 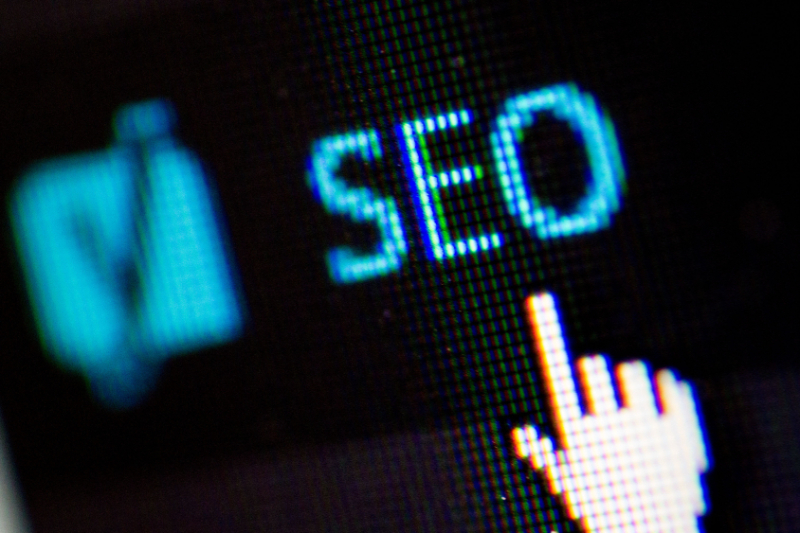 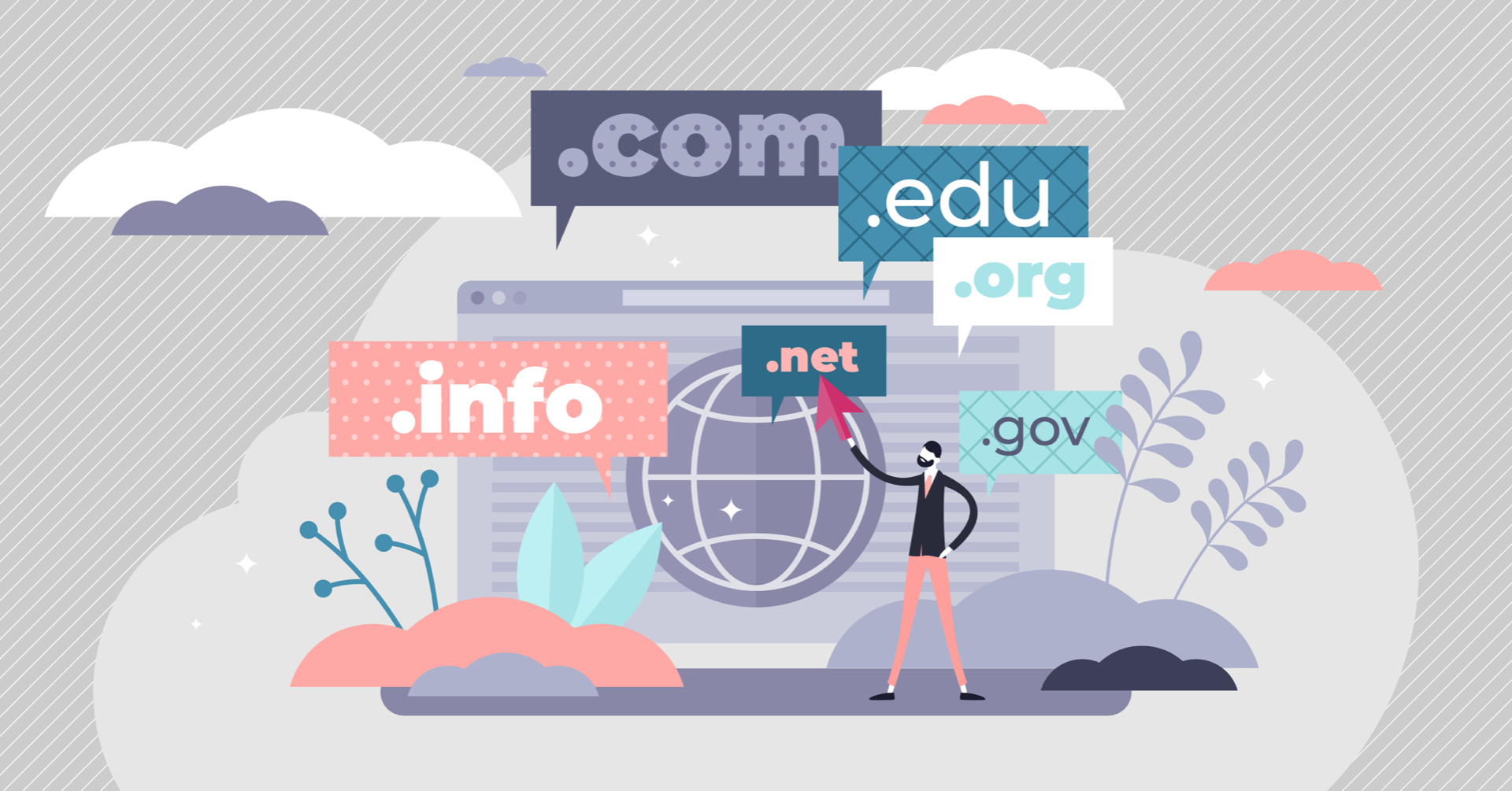 If you Already Own the Other Version

If you own a domain name that doesn't include hyphens, you may be interested in purchasing one that does. By doing this, you can protect your brand name from imposters. In some cases, there might be no malicious intent. Often, people buy hyphenated domains for their business and have no idea that exact match domains exist. By claiming the hyphened version before this happens, you can avoid potential confusion for the businesses and the customers in the long run. You can have the hyphened version redirect to your main website.

Are you ready to buy a domain name?

Contact our domain name specialists today to discuss the purchase of your next domain name.